This debut novel knocked my socks off! 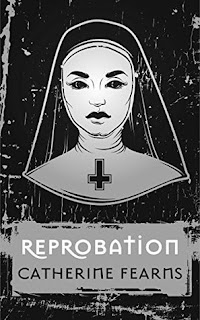 Are you one of the elect?Dr. Helen Hope is a lecturer in eschatology – the study of death, judgement, and the destiny of humankind. She is also a Calvinist nun, her life devoted to atoning for a secret crime.When a body is found crucified on a Liverpool beach, she forms an unlikely alliance with suspect Mikko Kristensen, lead guitarist in death metal band Total Depravity. Together, they go on the trail of a rogue geneticist who they believe holds the key – not just to the murder, but to something much darker.Also on the trail is cynical Scouse detective Darren Swift. In his first murder case, he must confront his own lack of faith as a series of horrific crimes drag the city of two cathedrals to the gates of hell.Science meets religious belief in this gripping murder mystery.

This unusual and very enjoyable book takes a look at Calvinist Christianity and its predestination doctrine, and entwines a bit of speculative genetics. The author comes up with a murder mystery very far out of the ordinary. I enjoyed the characters and their interaction, particularly Helen, the nun, and the death metal musician. The writing flows well and it was a joy to get my teeth into the story. It would be good to take some of the characters a bit further. Highly recommended.

Catherine Fearns is a writer from Liverpool, UK. Her music journalism has appeared in Pure Grain Audio, Broken Amp and Noisey, and her short fiction and non-fiction in Offshoots, Toasted Cheese, Succubus and Metal Music Studies. She has a degree in History from Oxford University and a Masters from the London School of Economics.Catherine began her career as a financial analyst, but after having four children she retrained as a breastfeeding counsellor. She is obsessed with heavy metal, and tries to combine it with writing as much as possible.