First in a new series by Angie Smith. It has all the pace and action you'd expect! 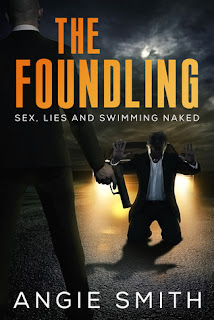 
By agreeing to work for a new client, who claims she’s a police detective, Jonathan Miller sets in motion a sequence of catastrophic events which result in devastating consequences, both for himself and his family.
He joins forces with an old adversary. A man he’s terrified of, yet, when you’re backed in to a corner, this man can always find a way to get you out alive. Together they attempt to solve the brutal assassination of a young woman. In doing so they uncover secrets which have been hidden away for decades. Secrets involving some of the most powerful people in the world.
My review -
Jonathan Miller leads a double life. He acts as an escort in the evenings, which his wife is quite happy about. The man he works for is effectively a gangster and Miller would like to get out of the business and settle down to a more law-abiding life – but his boss won’t let him quit without some payback. The story is steeped in murky business but the top layer of Miller’s life is glitzy and glamorous. It’s a hard thing to give up. Although he’s mixed up in some nasty business, you can’t help rooting for Miller and hoping things work out for him. It’s an exciting story and packed with action, as all Angie Smith’s books are, and I enjoyed it.

Angie Smith was born in Doncaster and educated at Huddersfield University where she graduated with a First Class Honours Degree in Education and Training. After a long career in adult education, training and performance management she retired early to pursue other ventures.She travels extensively, and was nominated for an award on her knowledge transfer partnerships work, during which she co-produced and presented a journal article at the International Social Work Conference in Durban.In 2013 she was diagnosed with breast cancer and, following a year of extensive and gruelling treatment, her desire to write was rekindled. Her highly acclaimed CXVI Trilogy and The Spy Who Chipped The China Teacup inspired the creation of her fifth novel The Foundling – Sex lies and Swimming Naked. She currently lives in West Yorkshire with her husband, youngest son, two dogs and horse.

Just a thought - If you don’t like to read, you haven’t found the right book.
J K Rowling