Death in the Lakes 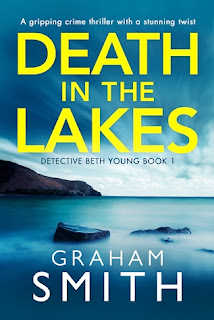 Detective Beth Young has just joined the Cumbrian major crimes team when a body is found posed in a ritualistic manner – arms spread and graceful wings attached – at a crumbling castle in the hills of the Lake District. The entire police force is on red alert. But Beth begins to feel she’s the only one who can follow the disturbing clues left by the twisted killer. Because she doesn’t think like everyone else. To Beth, crimes are puzzles she can solve. Even if real life is a little harder.As more bodies are discovered in derelict stately homes across the Lake District, Beth knows she’s in a race against time.But the killer is looking for another victim to add to his collection… Will Beth be able to save her? Or will he get there first?

I bought this book as The Silent Dead fairly recently, and as I was reading it, the title changed to Death in the Lakes. To be honest, I prefer the first title. There’s a series of murders here and all by the same bizarre and painful method. They seem to be random. One of the DCs on the case, Beth Young, has an analytical mind and begins to see patterns, but doesn’t yet see her own role in this. Beth is an interesting character, with her scarred face and loner lifestyle. I enjoyed the way she drew out of her fellow officers their own problems and strengthened the team. It’s a fast-paced story, just the way I like them, and a recommended read.

Graham Smith is the bestselling author of two explosive crime thrillers in the Jake Boulder series, Watching the Bodies and The Kindred Killers. Watching the Bodies spent over two weeks at number one in the Amazon UK chart and Amazon CA charts. Graham is also the author of the popular DI Harry Evans series and has collections of short stories and novellas. He is the proud father of a young son. And as a time served joiner he has built bridges, houses, dug drains and slated roofs to make ends meet. Since 2000 he has been manager of a busy hotel and wedding venue near Gretna Green, Scotland.