A Body in the Lakes

Second in a fantastic series by Graham Smith. Highly recommended (both books). 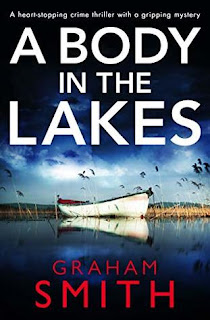 When a hiker finds the body of a woman by the shores of Lake Ullswater, the police are put on high alert. Felicia Evans was known to be a tough character, but who would have strangled her?Detective Beth Young quickly spots the links to three cold cases. Three women strangled and discarded in the stunning, wild hills of the Lake District.As Beth begins tracking down witnesses, the team receives an anonymous letter claiming the charming mayor of Carlisle is behind the murders. There’s pressure from the top to clear his name. But Beth is determined to find the truth no matter whose feathers she ruffles in the process.Beth knows the clock is ticking. The killer is hunting again. And it’s down to her to find who’s responsible before another woman becomes his prey…

This is a second in the DC Beth Young series and a great story. The body of an elderly woman is discovered and there are links to the charismatic local mayor. Beth’s individual strength is her analytical thinking, and she discovers three previous murder/rape cases in the area in the past few years. Bad news for previous investigators who should have found that link. The story is wide ranging, complex and interesting. Beth’s personal life is expanded upon in this book and she faces danger from more than one of the suspects. It’s an exciting, well-paced story that links cold cases with a current one. It left me breathless on a few occasions and I really look forward to more.

Graham Smith is a time served joiner who has built bridges, houses, dug drains and slated roofs to make ends meet. Since Christmas 2000, he has been manager of a busy hotel and wedding venue near Gretna Green, Scotland. He is an internationally best-selling Kindle author and has six books featuring DI Harry Evans and the Cumbrian Major Crimes Team, and four novels, featuring Utah doorman, Jake Boulder. His ‘Lakes’ series featuring DC Beth Young has received much critical acclaim.

Just a thought - A book is a gift you can open again and again.”
― Garrison Keillor
Posted by Kath at 13:42