The latest in the Murray of Letho series is just as exciting and unfathomable as the earlier books. Although this is number 11 in a series, I think they all stand well alone. 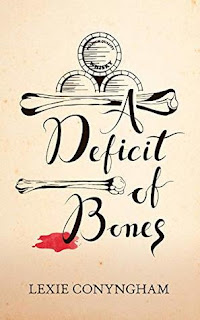 A violent double murder in a lonely, empty house. Not the kind of mystery that Charles Murray and his old friend Blair expect to find when they are trapped in snowbound Aberdeen. Tangled with dangerous whisky smugglers and an unexplained local illness, the solution is far from clear – and does it involve a missing box of human bones? This is the eleventh book in the Murray of Letho series.


Charles Murray and his friend Blair are ashore at Aberdeen after terrible storms throughout which Murray was dreadfully seasick. While they are there, they find themselves in the midst of a murder investigation or two. A local doctor has died of typhus too, and people are going down with some kind of poisoning. There is a big cast, all well fleshed-out, and there’s no shortage of possible killers. As always, Murray unpicks the plot – I never get there before him! A lovely period story with a great deal going on. This series has been a favourite with me for a long time.

Author of three historical crime fiction series: Murray of Letho, Hippolyta Napier, and Orkneyinga Murders, Lexie lives in North-East Scotland and after some years of trying the traditional methods (with absolute and complete lack of success) she was persuaded to test her limited technical skills with e-books. When she isn't writing (that would be Sundays) she teaches, knits, gardens, drinks wine or whisky, and sits looking thoughtful while random facts wander around her head.

Just a thought
In books I have traveled, not only to other worlds, but into my own.― Anna Quindlen