Another book from Mark Fowler in which he treats a common theme (twins) in a unique way. 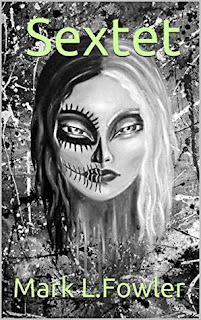 Penny and Susan Henderson, seventeen year old twins, share a sibling rivalry that Cain and Abel would have been proud of. As children they played a game: Good Susan, Bad Penny. A game their doting parents knew nothing about. Following a misunderstanding over a boy, Penny arranged a vicious attack on Susan, six youths leaving her for dead. Susan hasn’t spoken since the attack, and languishes on a psychiatric unit. Medical experts diagnosed deep trauma. Penny resurrects the old game to experiment on her sister, commencing a series of grisly murders and composing six corresponding pieces of music. With Penny’s composition approaching its climax, Susan breaks her silence. With devastating consequences ...

Susan and Penny are seventeen year-old twin sisters. They are both pianists and from their earliest days have been convinced they could heal through music, Susan being the better at this. After a trauma caused by Penny, Susan is in a nursing home, totally blanking out everyone and everything. Penny decides she must offer six ‘sacrifices’ as well as write a six-piece composition to cure her sister.

This is a real head-twister of a story in which nothing is exactly as it seems. Nobody truly understands anyone else and innocent people suffer. I always feel that Mark Fowler has a unique take on what could be an ordinary story and this is no exception. A great crime thriller.

Mark is the author of the crime series featuring Tyler and Mills. The first book to feature the detectives, RED IS THE COLOUR, was shortlisted for the 2018 Arnold Bennett Book Prize. The second book, BLUE MURDER, can also be enjoyed as a stand-alone novel. He is also the author of THE MAN UPSTAIRS, featuring hard-boiled detective Frank Miller, and SILVER, a psychological thriller. Mark's first book, COFFIN MAKER, continues to defy any attempts to categorise it. His latest book, SEXTET, is a dark psychological suspense thriller.

Just a thought - Readers are not sheep and not every pen tempts them.
Posted by Kath at 10:56